Vrindavan has an ancient past, associated with Hindu history, and is an important Hindu pilgrimage site. One of its oldest surviving temples is the Govinda Dev temple, built in 1590, with the town founded earlier in the same century.

It is believed that the essence of Vrindavan was lost over time until the 16th century, when it was rediscovered by Chaitanya Mahaprabhu. In the year 1515, Chaitanya Mahaprabhu visited Vrindavana, with purpose of locating the lost holy places associated with Lord Sri Krishna’s transcendent pastimes. Chaitanya wandered through the different sacred forests of Vrindavana in a spiritual trance of divine love. It was believed that by His divine spiritual power, He was able locate all the important places of Krishna’s pastimes in and around Vrindavana.

In the last 250 years, the extensive forests of Vrindavan have been subjected to urbanization, first by local Rajas and in recent decades by apartment developers. The forest cover has been whittled away to only a few remaining spots, and the local wildlife, including peacocks, cows, monkeys and a variety of bird species has been eliminated or are close to it. A few peacocks and monkeys can be seen found but cows are now only found in the goshalas of the Major Ashrams of Vrindavan. 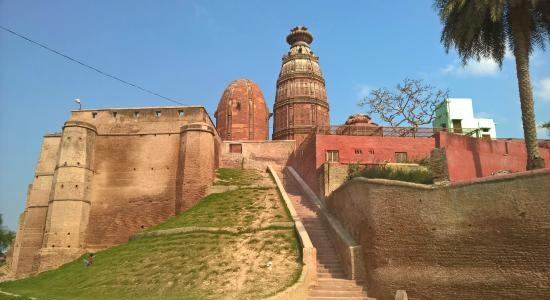 Madan Mohan Temple located near the Kali Ghat was built by Kapur Ram Das of Multan. This is the oldest temple in Vrindavan. The temple is closely associated with the saint Chaitanya Mahaprabhu . The original image of Lord Madan Gopal was shifted from the shrine to Karauli in Rajasthan for safe keeping during Aurangzeb’s rule. Today, a replica of the image is worshiped at the temple.

Garud Govind Temple located on the turn of NH-2 to Vrindavan in Chhatikara village. This temple is one of the ancient most temple of the Brij and according to purans,main idol was incarnated by great grand son of lord Krishna, shri Bajranabh ji after the order of his Kulguru shri Gargachary. This is also one of the rarest temple of Garud ji, which is famous for ‘Kalsarp Anushthan’. 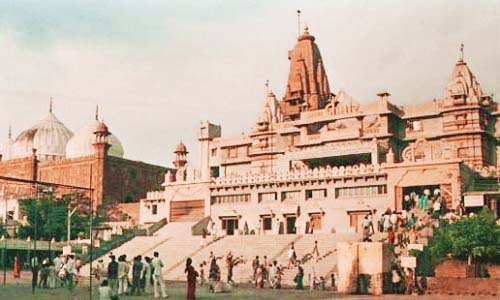 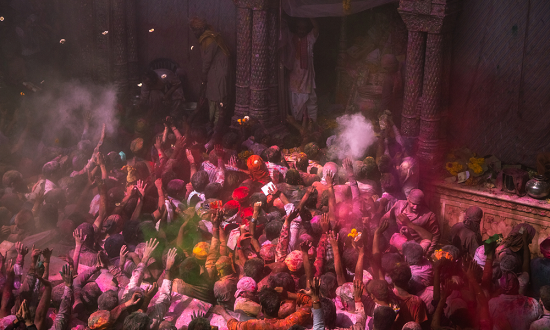 Banke Bihari Temple, built in 1862 is the most popular shrine at Vrindavan. The image of Banke-Bihari was discovered in Nidhi Vana by Swami Haridas, the great Krishna devotee, belonging to the Nimbarka sampradaya.

Radha Vallabh Temple, set up by the Radha-Vallabh sampradaya, through Sri Hith Harivansh Mahaprabhu, has the crown of Radharani placed next to the Shri Krishna image in the sanctum. 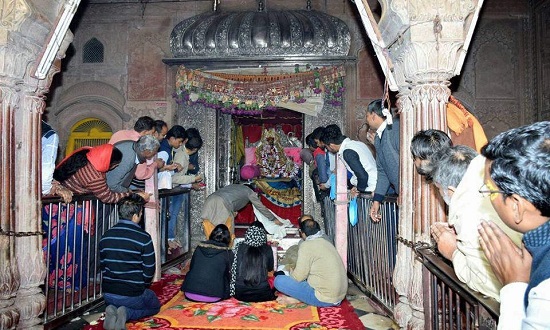 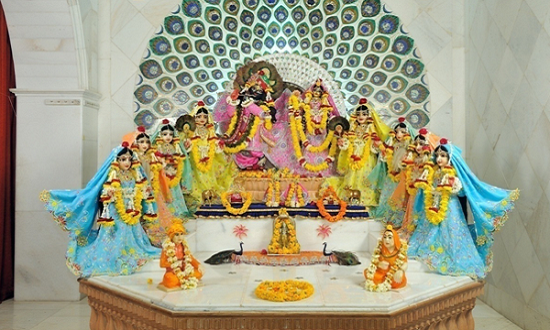 Shree Radha Ras Bihari Ashta Sakhi Temple: In Vrindavan, the “Lila Sthan” (the place of the divine passion play) of Lord Krishna, lies the temple that is a must visit destination for devotees completing the 84 kosh Vraj Parikrama Yatra. The temple is centuries old and is the first Indian temple that is dedicated to the divine couple and their Ashta Sakhi’s – the eight “companions” of Radha who were intimately involved in her love play with the Lord Krishna. The Ashta Sakhis are mentioned in the ancient texts of Puranas and the Bhagavata Purana. The temple is called Shree Radha Ras Bihari Ashta Sakhi Mandir and it is home to the divine Rasa Lila of Lord Krishna and Radharani. It is located in close proximity to the Shri Banke Behari Mandir.

Sri Vrindavan-Chandra Mandir (HKM Vrindavan), located some ninety miles southeast of Delhi, is a replica of that supreme Goloka Vrindavana in the spiritual sky. It was inaugurated in 2006 on the most auspicious day of Sri Rama Navami day. The temple is housed in an ultra-modern geodesic structure with a traditional gopuram based on khajuraho style of architecture, greeting pilgrims at the entrance. The major festivals of the temple are Sri Krishna Janmashtami, Sri Radhashtami, Kartik Fest (7 day festival during Govardhan Puja time) and Gaura Purnima. Grand abhishekas are performed for Sri Sri Radha Vrindavan-chandra during festivals such as Radhashtami and Janmashtami. 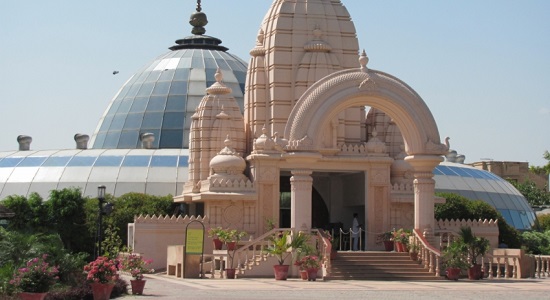